How can so many epic weekends happen back to back? It’s the people that make these trips so incredible; I’m going by myself to Porto, Portugal this upcoming weekend and I have a feeling it will be fun and cool and pretty but just not as special as these past few trips with people I love so much.

So from Saturday through Wednesday of this week I was in and around Milan, Italy. Massi invited me to visit him at home, and tickets were extremely cheap, so I decided it was worth the two days of class I had to skip.
On Saturday, I went for a long run around the deservedly famous Lake Como. At lunch I was excited to find out that my first meal in Italy was a classic regional dish — which, surprisingly, was not pasta — it’s saffron risotto. (Massi’s dad, who is from the Milan area, told me he was 10 years old before he tried pasta for the first time!)

That evening, Massi and I went to a spectacular dinner he had organized as a reunion for his group of friends from high school. It was a classy restaurant with a cozy atmosphere (a guy played piano and sang in the corner, and my place setting had three forks). After many courses of incredible food (I ate pumpkin flowers stuffed with a ricotta cheese cream and a risotto with berries in it) and even more glasses of wine, I was full to the max. The company was great (they had gone to an American high school, so everyone was fluent in English) and I loved the opportunity to meet so many Italians my age.

On Sunday, unexpected carsickness did not stop me from enjoying a stunningly beautiful drive along the lake, up towards the Alps for a sunny lunch at a restaurant next to the water. The white mountains in the background, the bright blue lake and sky, the green slopes all around, the pastel colored houses with their orange ceramic tile roofs… It was like something out of a travel magazine. I was extremely sad that I didn’t have my camera with me for the drive.
Because I still felt nauseous from the winding mountain drive, I ordered a plain spaghetti pomodoro for lunch (the lamest thing I’ve ordered at a restaurant since I was a child). But even that was delicious! Pasta in Italy is cooked with lots of salt in the water, which makes the noodles salty. Another observation: Italians (and me!) like pasta al dente, which means a little chewy — not overly soft like restaurants sometimes serve it in the States.
We drove back to the house for a short break before going to Massi’s aunt and uncle’s house for dinner. There we ate creamy risotto followed by a variety of platters that included a mozzarella/artichoke salad, a salad made of artichokes and botargo (fish egg delicacy), another kind of soft Italian cheese (very strong — I usually love most cheeses but this one was too much for me), lots of crunchy round rolls of bread, and cooked asparagus with parmesan. We were all still full from lunch, but of course we ate more anyway. We also drank sparking red wine, which I don’t think I’ve had before.
The next day Massi and I took the train into Milan and he showed me around the city: 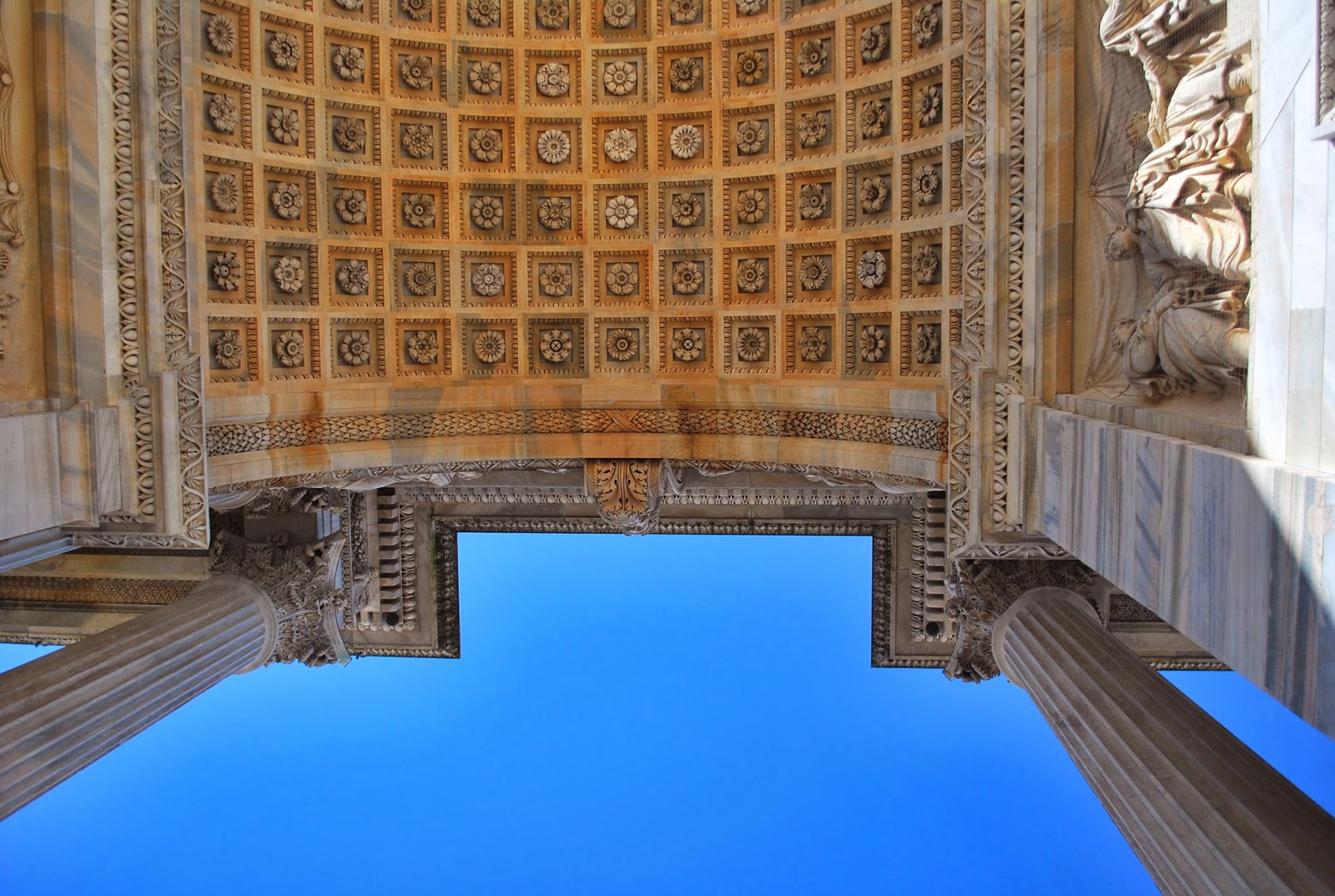 We went to a pizza place for dinner with his parents, and I crashed early while the family stayed up to watch Roma play in a fútbol match.
On Tuesday, I accompanied Massi and his dad on a couple of errands before getting lunch in the village where Massi’s mom grew up. Of course the one man sitting on a bench outside the restaurant knew Massi’s grandfather and was excited to talk to us while we waited for our food. I ate penne with a spicy tomato sauce, followed by a salad and a plate of four types of cheese (I wish I had written down the names).
That afternoon I did homework while Massi was at an eye doctor appointment, and then we walked around downtown Milan before meeting up with a couple of his friends for dinner and drinks. An “early” bedtime of 12:30 wasn’t early enough for my 8:30 a.m. flight this morning. I got up at 5 a.m. and went through a 10-hour cab-bus-plane-train-train-cab routine, arriving home just in time to do my standard Pamplona run through the parks. I really need to start using some self control with what I eat — I’m starting to notice the effects of all that pasta and cheese and chocolate…
Because I’m crazy and a poor planner, I’m leaving again tomorrow (taking a train back to Barcelona after attending class). I’ll have two days in Portugal and then I only need to fit in one weekend in Paris before I leave the country again — back to Italy for Easter Week. The life of a foreign exchange student in Europe!