Sunday and Monday were a low-key blur of sleeping, eating, facebook chatting, skyping, emailing, and letter-writing. Nothing anyone would be interested to read about, so instead I’m going to tell stories with pictures. 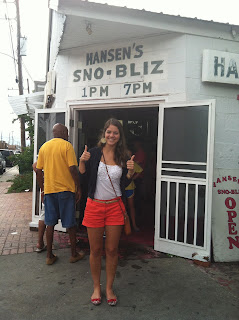 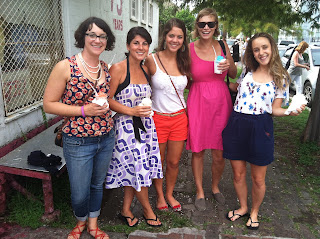 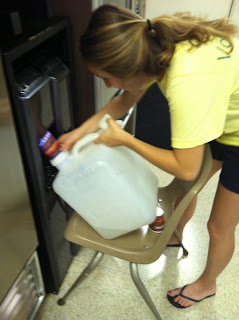 Getting water for the Saturday market turned out to be a real challenge. We had to fill this plastic jug from a water filter machine that had a really narrow spout designed to fill small cups rather than giant jugs. Here we were, a Yale student and a Robertson Scholar struggling to fit a very big container into a very small hole. At first I was laughing too much to be particularly helpful. Eventually we came up with a pretty inventive solution, punching a hole in the bottom of a styrofoam cup to make a funnel into the water jug. 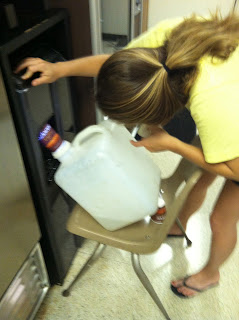 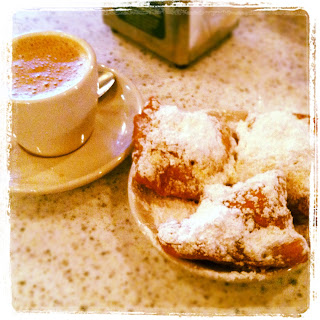 My Instagrammed picture of beignets and cafe au lait from Cafe du Monde on Saturday. I’m super artsy, I know. 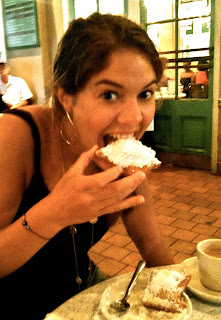 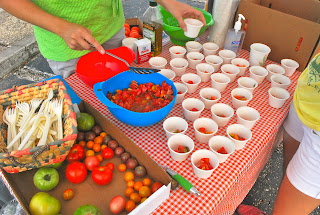 I made tomato salad at Tuesday’s market for a summer camp field trip that came through. A group aged kindergarten through third grade came first thing in the morning, completed a market scavenger hunt (including tasks like: draw three fruits or vegetables you saw today), and listened to me talk about tomatoes. They were each offered a sample of my tomato salad, which consisted of chopped up tomatoes, olive oil, basil, pepper, and salt. Most of them didn’t like it (most of them refused to try it, actually) but I didn’t mind because it meant more for me! 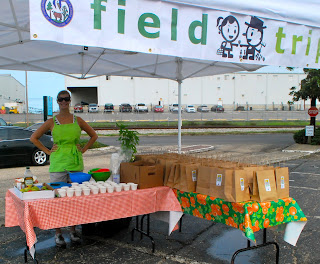 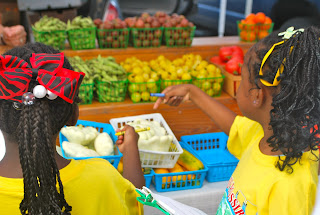