On Easter Sunday, Gaby and I took an early bus from Florence to Rome, where we met up with Brooke at the bus station. Together the three of us took a bus from Rome to Naples — where our original plans of staying three nights was quickly amended to just one.

Maybe it was just the side of town we happened to arrive in, but Naples was not an appealing place. I have never seen so much trash scattered so widely, nor have I ever walked on streets so devoid of women (a strange and uncomfortable observation). Basically we found Naples to be dirty and scary. We dashed from our B&B just long enough to pick up take-out pizza for dinner, then stayed safe behind locked doors til early the next morning, when we took the first train to Sorrento. 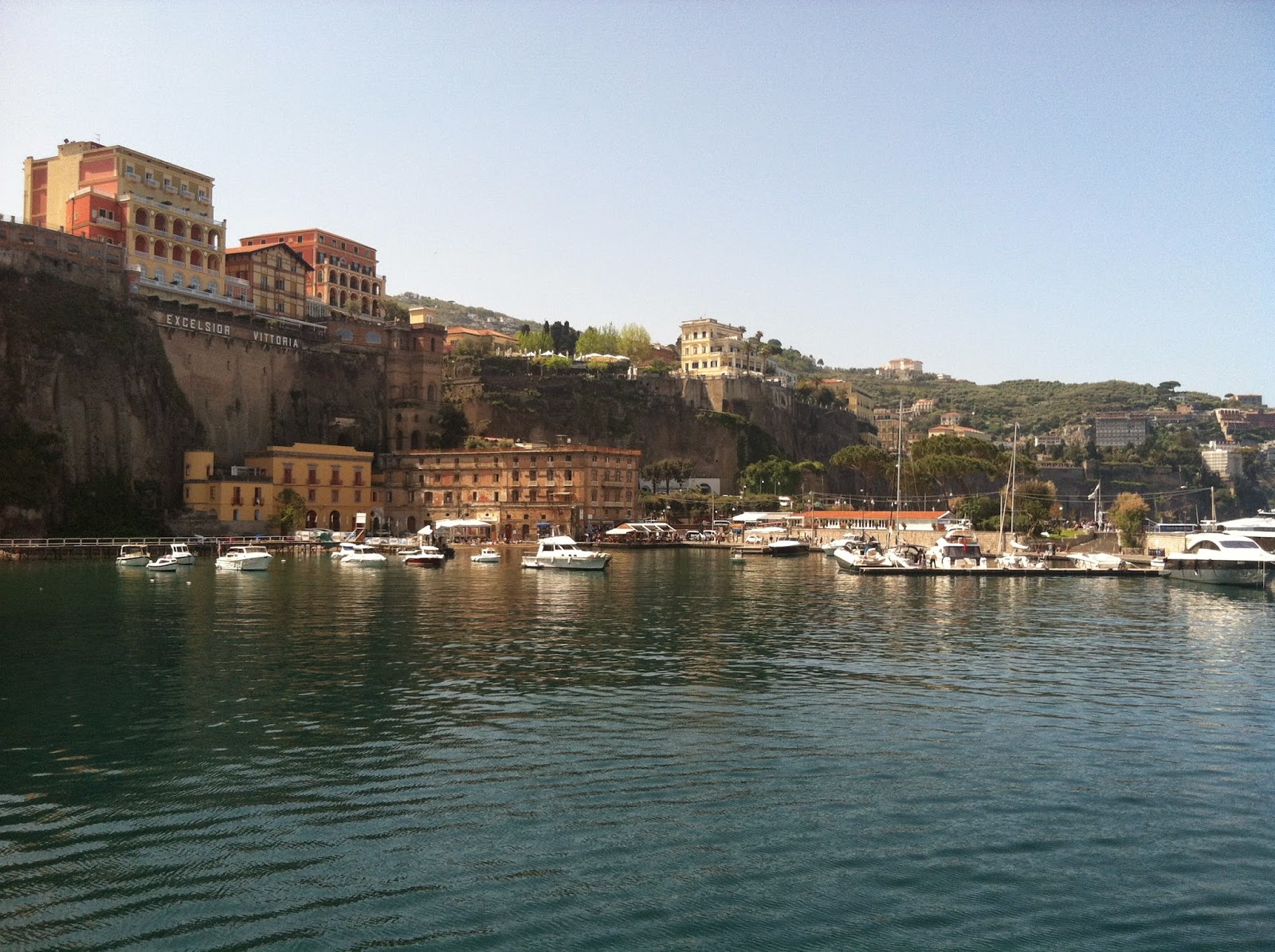 Sorrento, which my guidebook wrote off as over-tourized to the point of lacking personality, was a paradise after the scuffy grime of Naples. We checked into a super cheap hotel on the edge of town and then caught an early afternoon ferry to the famous island of Capri. The sun was bright and warm and the water was a vivid turquoise: a classic vision of island paradise. We feasted on thick Caprese panini and spent a wonderful few hours relaxing on the pebbly beach near the harbor.

The next day we returned, very much underdressed for the unexpected cloudy, cool weather. Shivering, we paid for an early morning boat tour around the island. The highlight was a stop in the Blue Grotto, a sea cave filled with ethereal blue light and crowded with tiny rowboats circling through with tourists.

When we got back from the boat tour, we downed two cappuccinos each at a sidewalk cafe in a desperate attempt to warm up. They were a whopping €4 each, but did the trick to make up for our shorts and tank tops in the brisk sunless weather. We spent the rest of the afternoon exploring the island, taking a funicular up to Capri Town and then hiking to the other side of the island for an hour on the beach (overreacting excitedly to a brief sliver of sun) before hiking back. 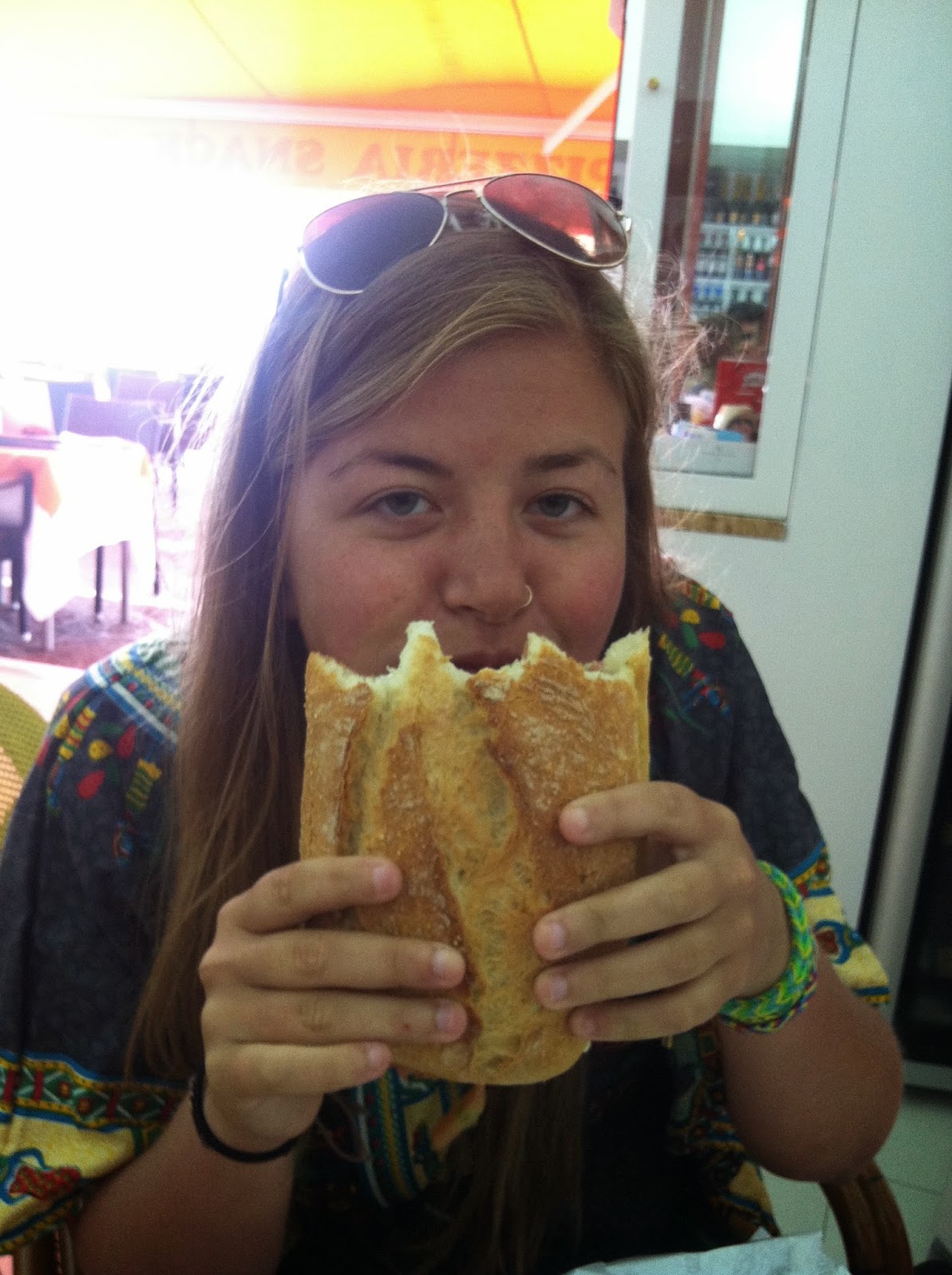 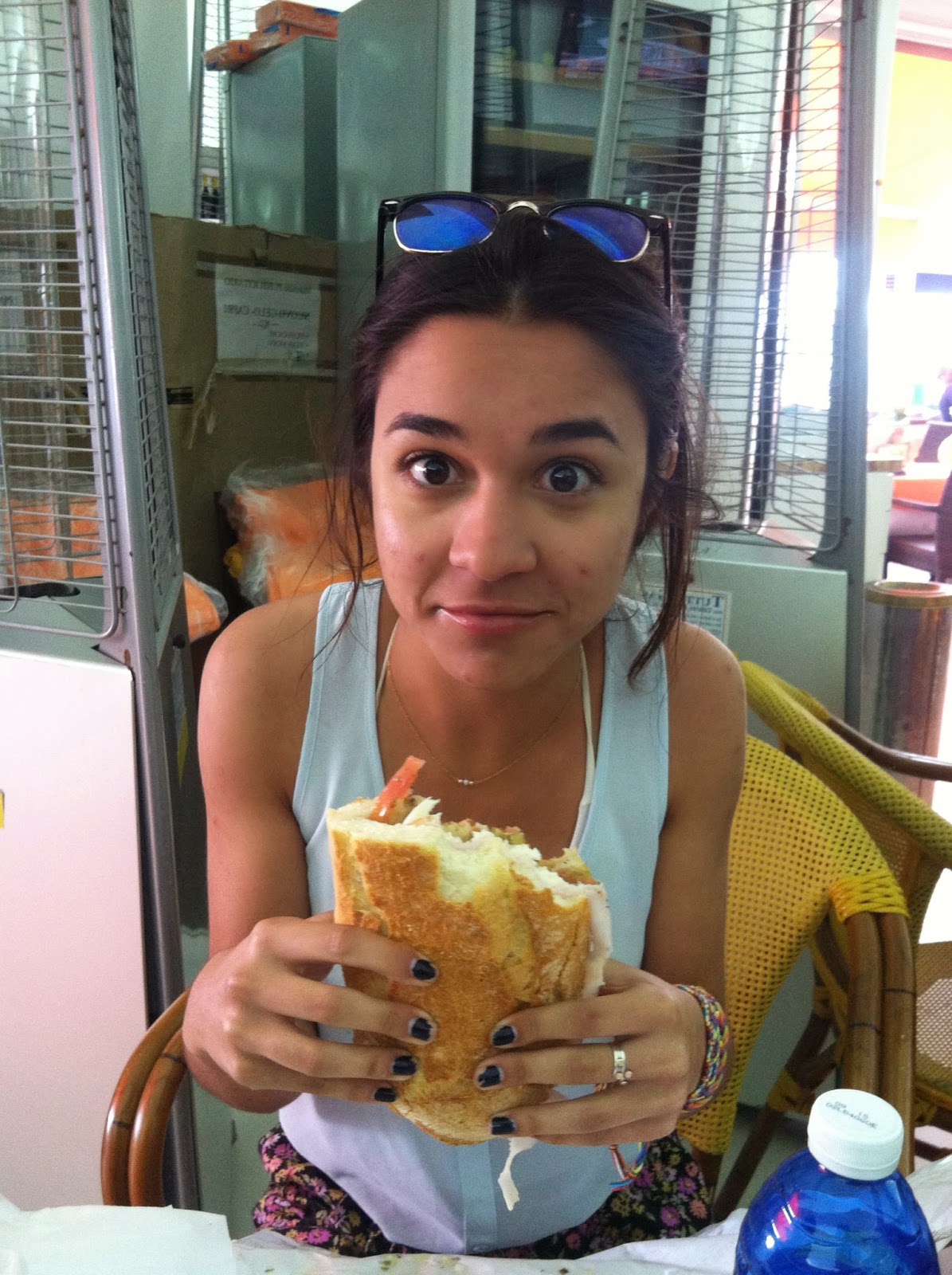 Our third day in Sorrento was rainy and cooler, so we decided to spend the afternoon in Pompeii rather than returning to Capri. I was blown away by the degree of preservation of the ancient ruins, and I loved exploring a site I had read so much about growing up. Detailed frescos, tiled floors, towering columns, and complete building walls… not to mention the oldest known Roman amphitheater in existence. Needless to say I hopped the metal fence to explore the tunnels under the stadium and to try out the view from a spectator’s seat. Definitely my favorite part. 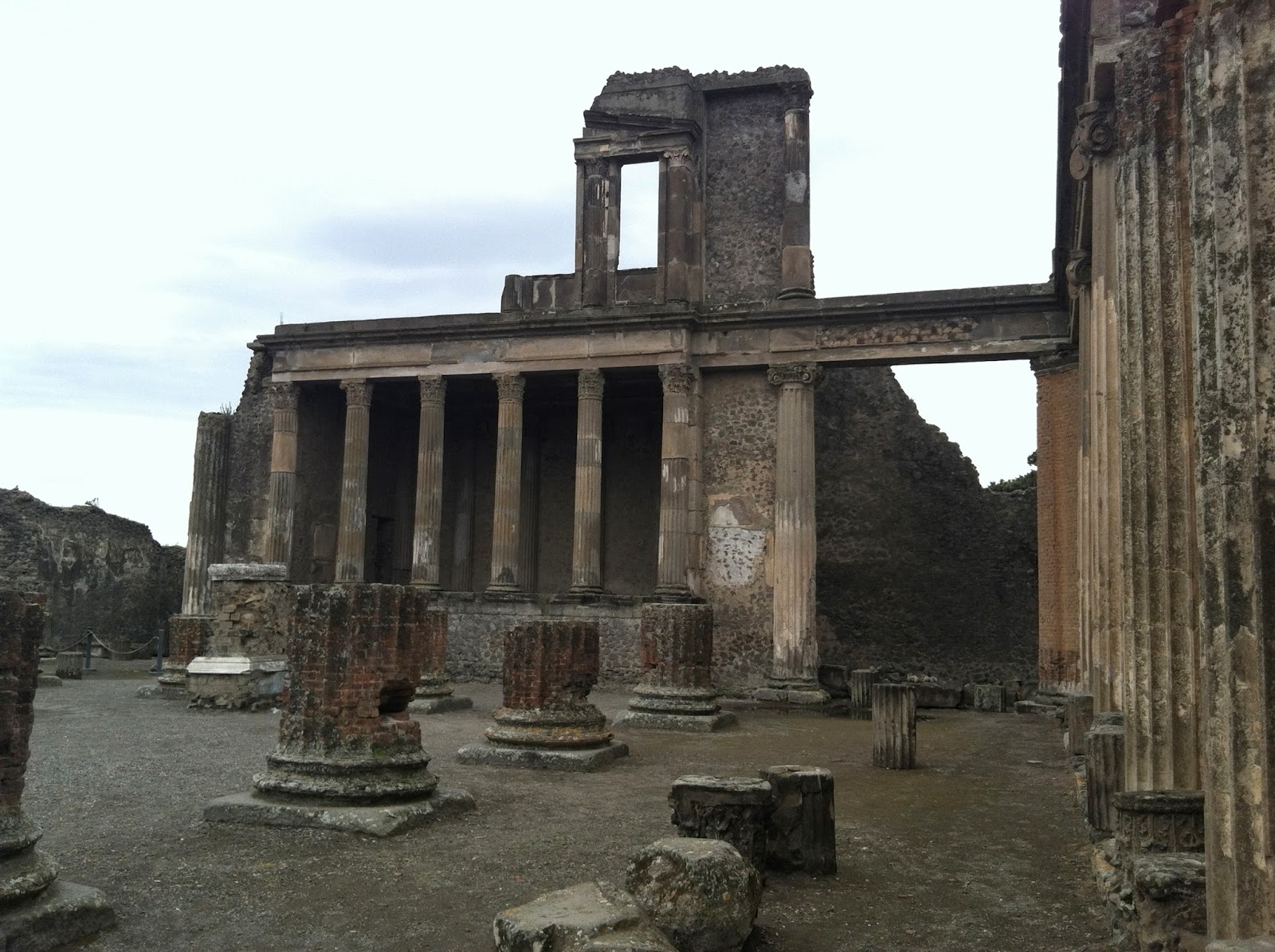