The past week has been crazy busy, so I took today off as a super chill, sleep-in-then-spend-a-couple-hours-on-facebook-before-going-to-a-coffeehouse day. To summarize the week I’ll focus on the highlights.

The best part of Tuesday was the package I got from home. After market, I drove to the post office to buy stamps. Got there at 4:40 and found out they close at 4:30. So I drove home all bummed, but when I got back, a package greeted me at my doorstep! 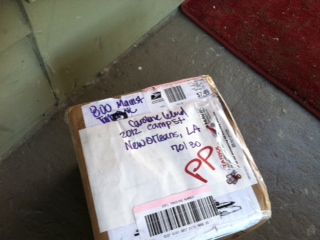 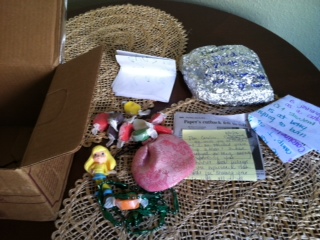 The highlight of Wednesday was dinner with Uncle Jimmy and the Fitch family, who were driving through New Orleans on the tail end of their road trip through the South. It was really nice catching up with them. And sort of funny to me that they were with me in New Orleans, because as the Fitches left New Orleans, my sisters flew in. And then a couple days later the two of them would fly to San Antonio, where the Fitches would pick them up from the airport before taking them to camp. At dinner, John Fitch said to me, “Guess who I’m picking up from the airport on Saturday?” and Jimmy said, “Is it who I’m picking up from the airport on Thursday?” And I said, “Is it who I’ll be with the entire weekend?”

Here’s the answer in case you didn’t follow that: 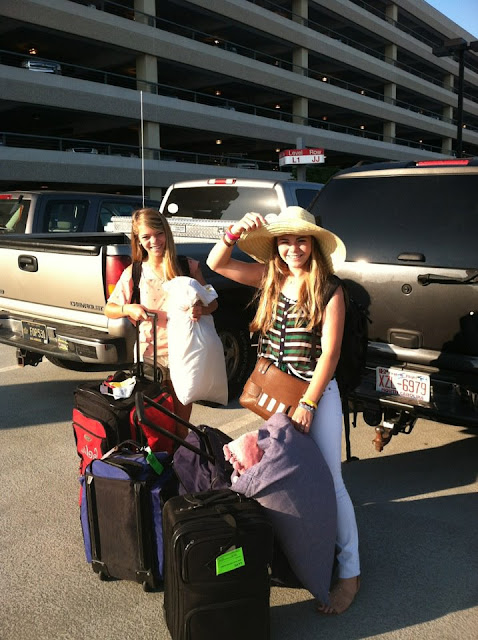 Mary McCall and Janie came to visit this weekend! Jimmy brought them to the CCFM office and they met my coworkers, then I took them to see the Thursday market. We went to dinner at Galatiore’s before getting beignets and cafe au lait from Cafe du Monde (Janie’s number one priority for the weekend). 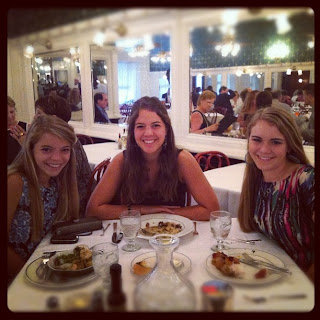 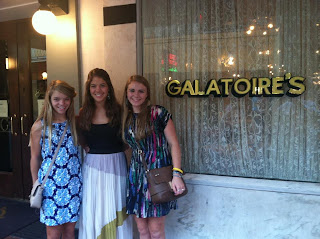 I was actually disappointed by Galatoire’s. It seems it’s a famous old restaurant prospering on its big name rather than actual quality. Definitely not worth the money, so I mentally kicked myself for wasting one of our few meals on a less-than-superb restaurant. 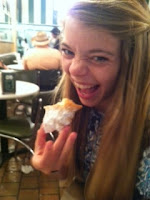 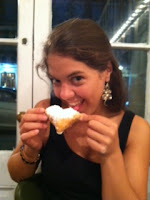 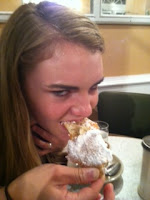 Cafe du Monde redeemed the night, though.
After picking up a Redbox DVD, we drove around looking for gelato, but everywhere was already closed. So we settled for a milkshake from Camellia Grill, but that turned out to be a “freeze” and was pretty gross. As I was paying for it, Janie and I got into an embarrassingly public argument about how much to tip. Then when we were in my car about to drive away, I realized I had lost an earring but was too sheepish to go back in and look/ask for it. We laughed about that as we drove home.
I had asked for Friday off work, so we slept in. At breakfast on Magazine, we charmed our waiter so much he put our picture on the restaurant wall! We have been immortalized; New Orleans will forever remember the Leland girls. 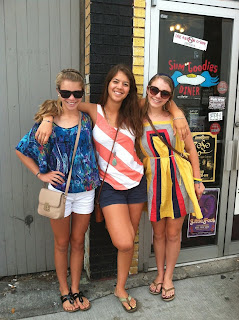 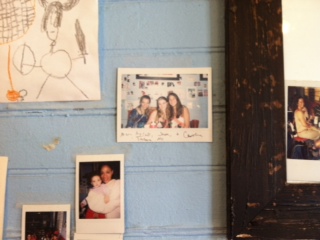 We spent all day walking around downtown, “shopping around” as Janie likes to put it. 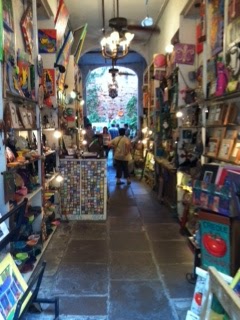 A really cool little shop in the French Quarter. 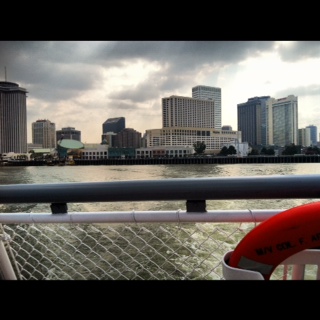 We took the Canal St/Algiers Ferry across the Mississippi River for lunch. 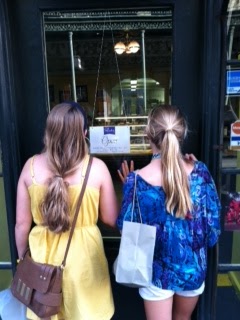 Failed to find gelato in the Quarter too. (This sign is deceptive; it says “OPEN til 6pm“)

We ate dinner at a really great pizza place uptown, somewhere I’d been before and knew was good. Afterwards we finally got gelato at La Divina on Magazine.

We got up at 4:30 Saturday morning because Janie was afraid of taking a cab to the airport. I drove them out to the airport and barely made it to work by 6, even though Janie insisted I was making us get up extra early to make them feel bad about refusing to take a cab.

I was really happy that they visited. A fun way to celebrate the halfway point of my summer! 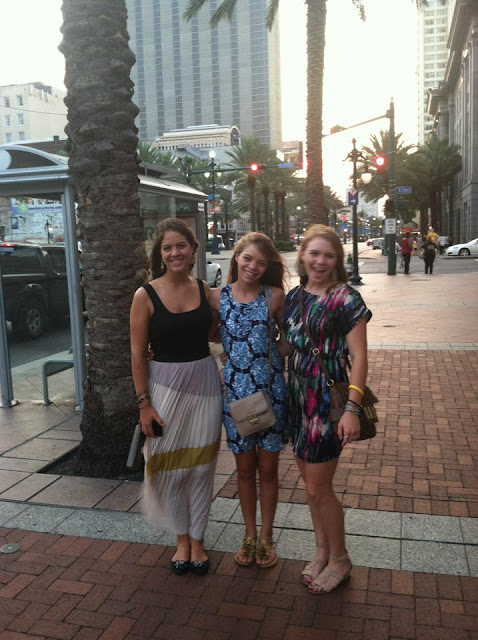