The highlight of my week thus far:

Monday: Instead of going to the Slow Food office, I walked around Manhattan looking for restaurants to shoot magazine photos in. I visited a dozen places and collected eight business cards for emailing managers. As I walked, I was self-guided by a pretty kick@ss map I made that includes a point for each of the restaurants awarded the “Snail of Approval” by the NYC chapter of Slow Food for use of sustainably-sourced ingredients. I spent a couple of hours in the afternoon completing assignments for my online class, in a cafe that had neon green walls and was frequented almost exclusively by Asians.

My favorite photos from shooting at the Union Square greenmarket: 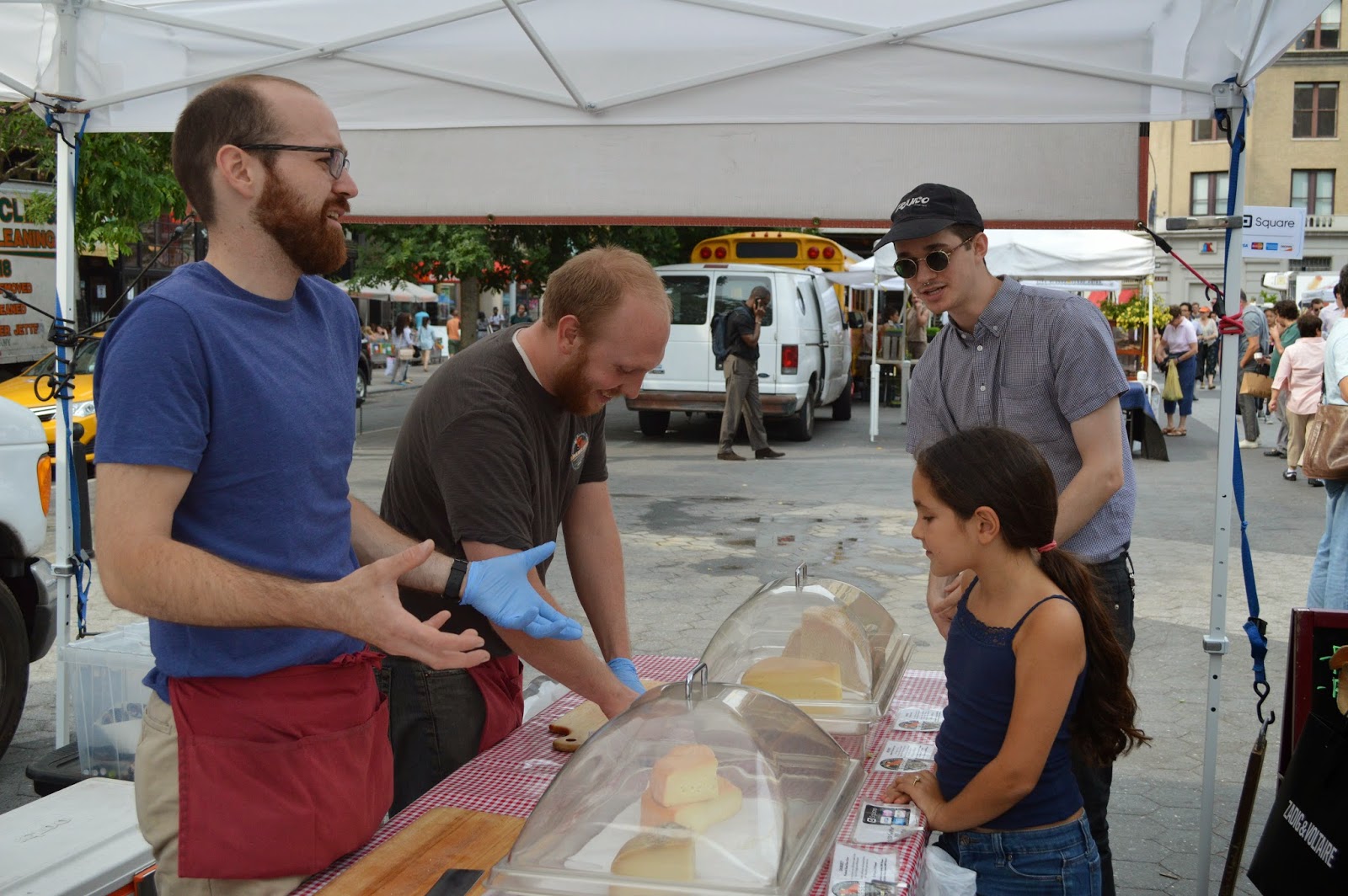 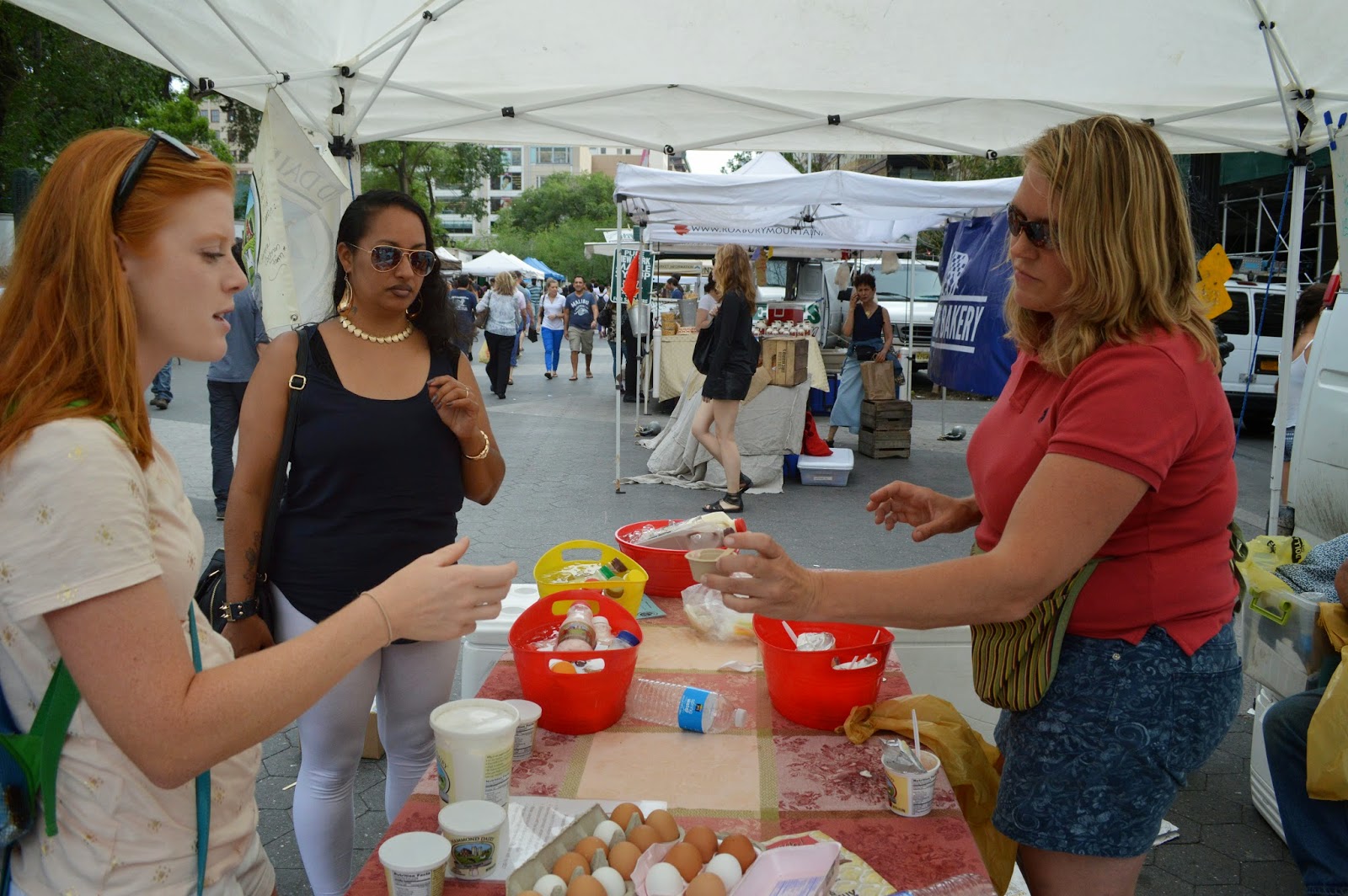 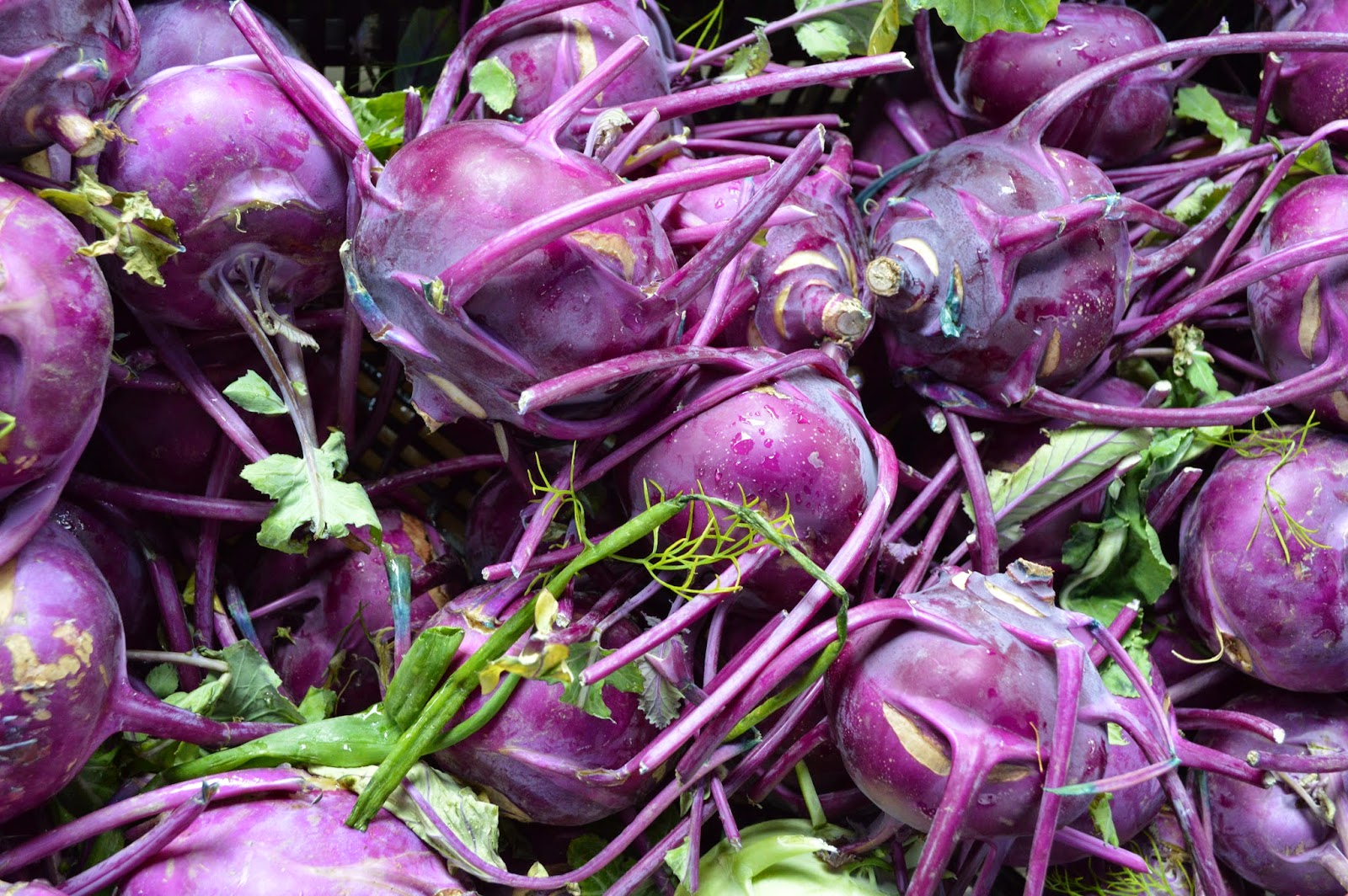 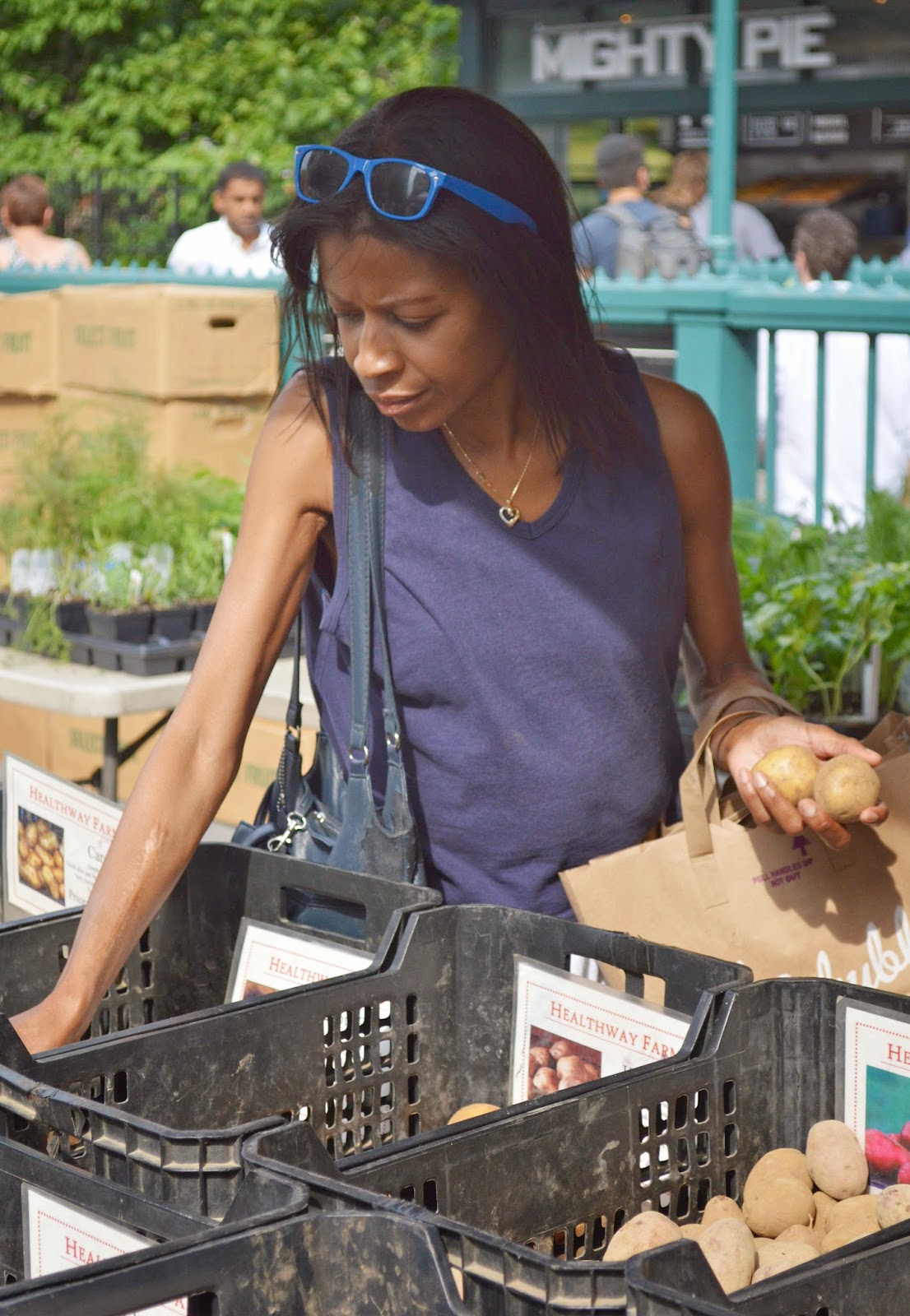 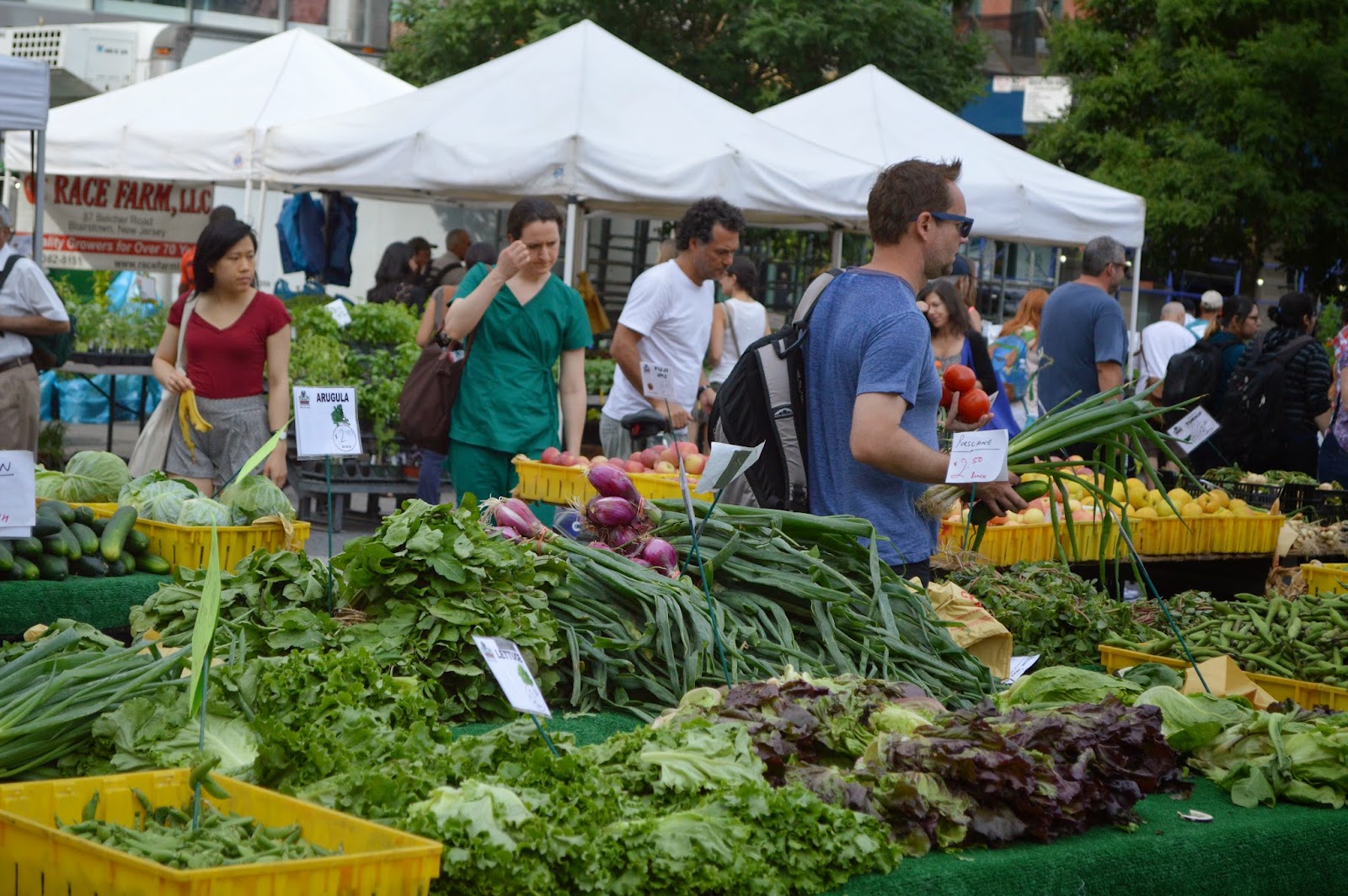 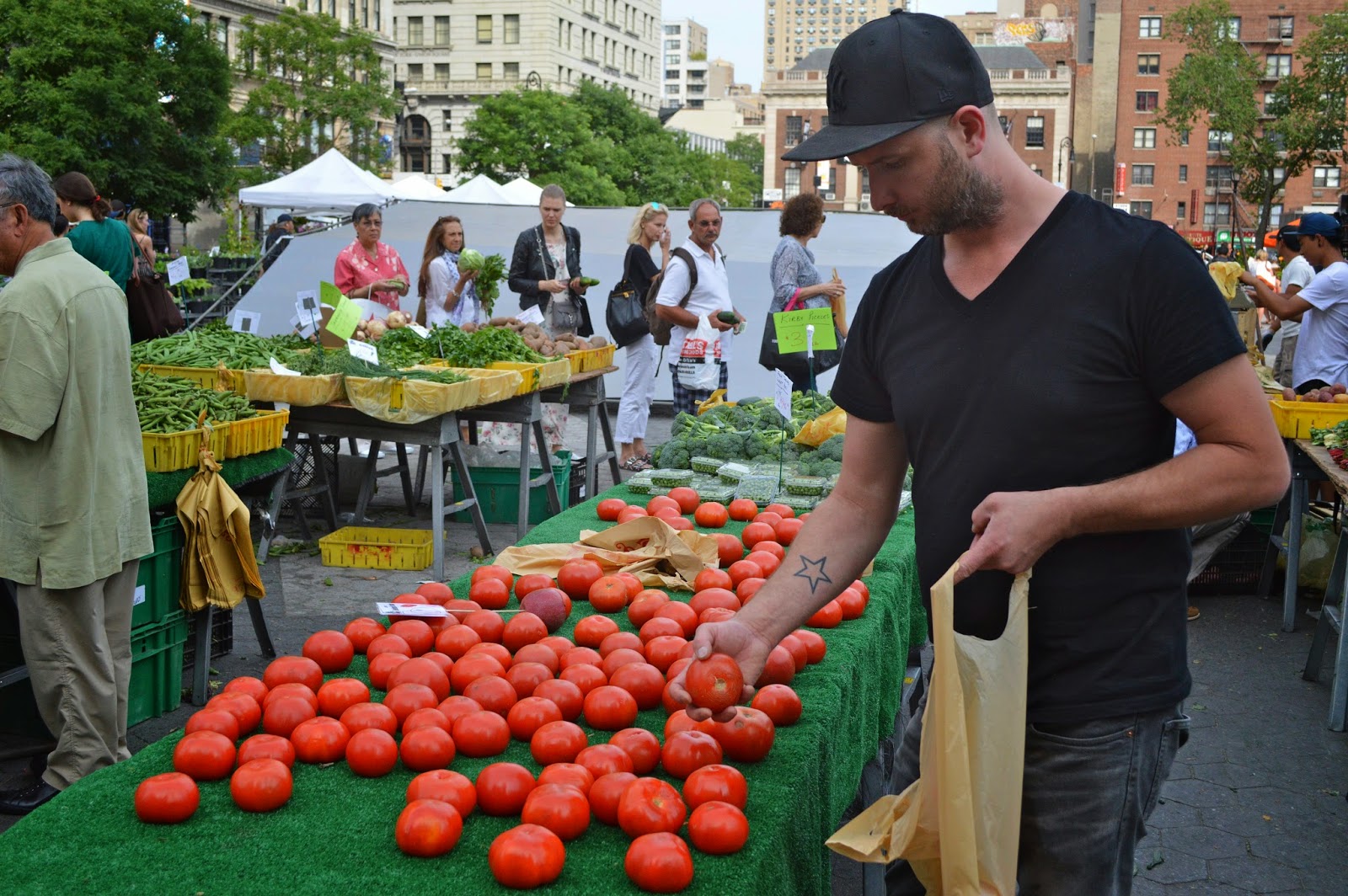 Later I walked with my friend Emily (who I met through Ellie my first or second week) to see a free opera in Central Park. By the time we got there, though, it had already started and the gates were closed. So we found a spot among the other opera-rejects grouped on a nearby rock and tried to listen from there. We didn’t catch much of the performance but enjoyed the atmosphere nonetheless and probably absorbed some culture by osmosis or something.

Tuesday: Yet again my first grocery store was rescheduled last-minute, this time because the woman coordinating the participants got her dates mixed up. We’ll hopefully be able to do it next week instead. My partner Sai and I spent the day walking around Long Island City/Astoria, forging more community partnerships for tour recruitment. I went to the City Harvest office in Midtown that afternoon to make some phone calls and catch up on email, then attended a session where my supervisor made a presentation about his work setting up my internship program. I think I’d enjoy doing something like that.

Wednesday: My first tour! I led two women around the Bed-Stuy grocery store where I work with Rick. This tour was in English, which was good for my first time. Both women seemed to enjoy it, and I definitely did. That afternoon, Rick and I made friends at a local bakery where I got to sample some awesome sweet potato pound cake. We also spent a solid hour at the Bed-Stuy Farm, where I got to hold a chicken!!!

After another few hours in a cafe doing my online class, I met up with my friend Carson for happy hour in Midtown. I hadn’t seen her since last fall, so it was great catching up.

Thursday: I’d normally be in the Slow Food office, but because City Harvest is closed tomorrow they had us in the office for meetings today instead. I’ll just work from home for Slow Food tomorrow instead. Today is my CH internship coordinator’s last day, which is sad because I’ve enjoyed working with him and now we’ll have to adjust to a different supervisor.

In the office today there was an abundance of free food, including fruit salad and chocolate cupcakes (for each of which I was equally excited).

I went running for the first time in more than a week, an absolute necessity to combat the accumulating slothy feeling.