Visiting Portugal was like eating a big piece of chocolate cake — after a gourmet four-course meal in a fancy restaurant when I should have been training for a marathon instead.

The weekend trip was enjoyable in and of itself — normally I would have loved it — but the circumstances made it a little redundant (gah how ridiculous that I can say that) and guilt-tinged. Not only did I feel the pressure of my neglected textbooks, but getting there and back was extremely difficult (much more so than anticipated) so overall the return on investment seemed sadly low. I feel hesitant to admit all this because the main reason this particular piece of chocolate cake wasn’t as sweet as it could have been is that my appetite (like myself) was spoiled by the incredible experiences that came just before it.

Basically I bought flights to Porto because Portugal neighbors Spain and therefore I felt obligated to visit it — which I have since decided is not a good enough reason to go somewhere. But, of course and as always, it was very cool to be able to visit a new country, to learn about a new part of the world and to experience a little bit of a new culture. It’s just that even I can get a little road-weary sometimes!

Getting there involved a much-too-complicated routine of many, many hours in multiple forms of transportation. All the time I spent waiting for/in said forms of transportation was tempered by an awesome new playlist by my wonderful friend Sam. When my iPod died with two hours of transit left, I switched to the music on my iPhone, which is limited to the Lion King soundtrack, Mandy Moore’s two songs from A Walk to Remember, and “My Happy Ending” by Avril Lavigne. I love Simba, Mandy and Avril, but it’s an understatement to say I was relieved to finally arrive in Porto on Friday morning.

I started my time in Porto with a three-hour walking tour — informative and interesting, but definitely too drawn-out. My favorite part was realizing that the Spanish word azulejos, which means “tiles,” has the word azul (blue) in it for a reason. Ceramic tiles (a lovely motif in Porto) were originally always painted blue because that was the color of the cheapest and longest-lasting paint available. Picture a porcelain plate — it’s blue, right? This is why, and the Spanish language reflects that. I love etymology.

Heavy clouds turned to heavy rain as my tour was ending. By the time I found the restaurant I had looked up earlier, I was soaked (as well as blind from the water droplets obscuring my glasses #geekstatus). But the restaurant was awesome, exactly the kind of place I love to eat at. I lingered for a couple of hours waiting (to no avail) for the rain to subside. 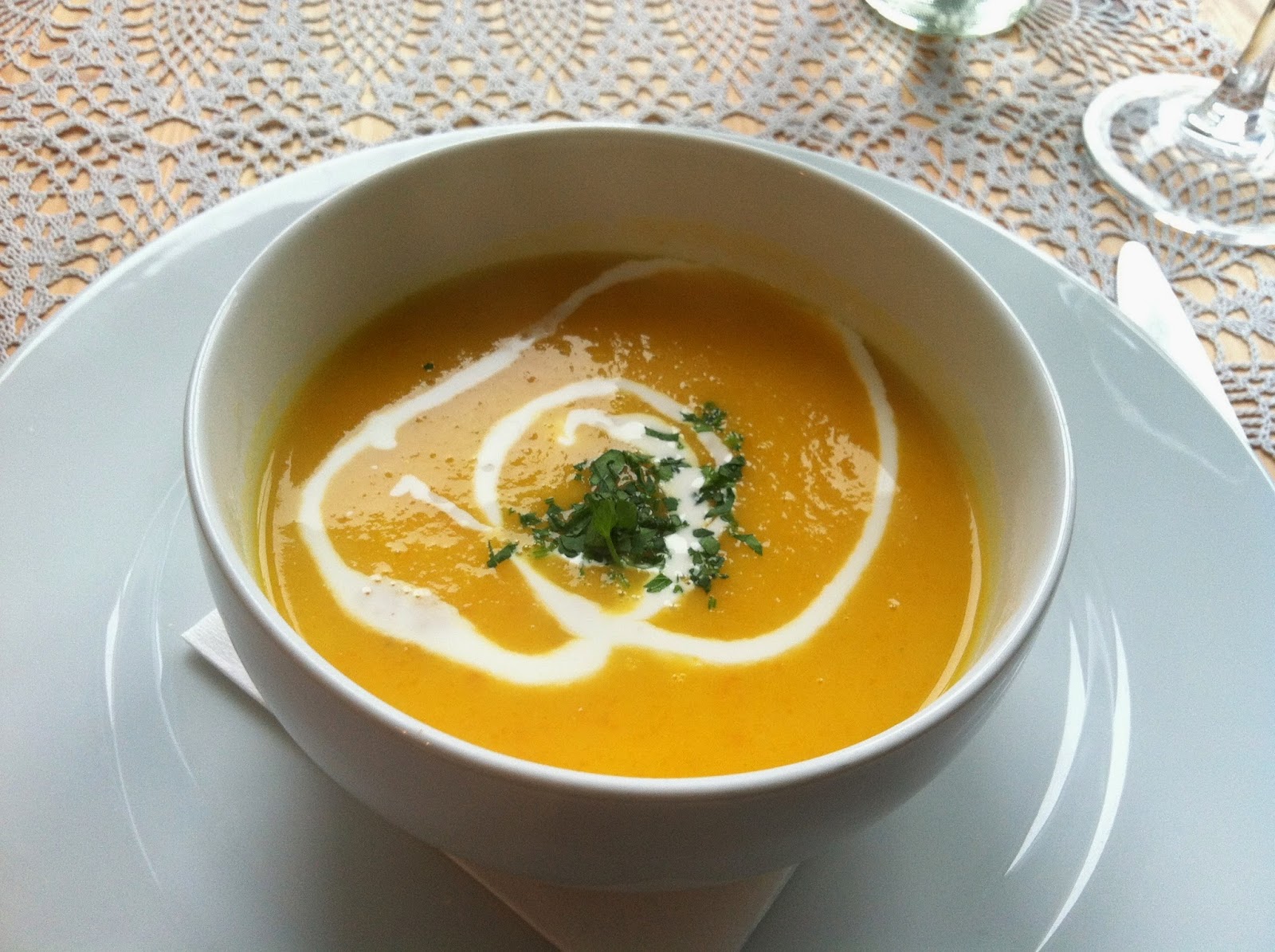 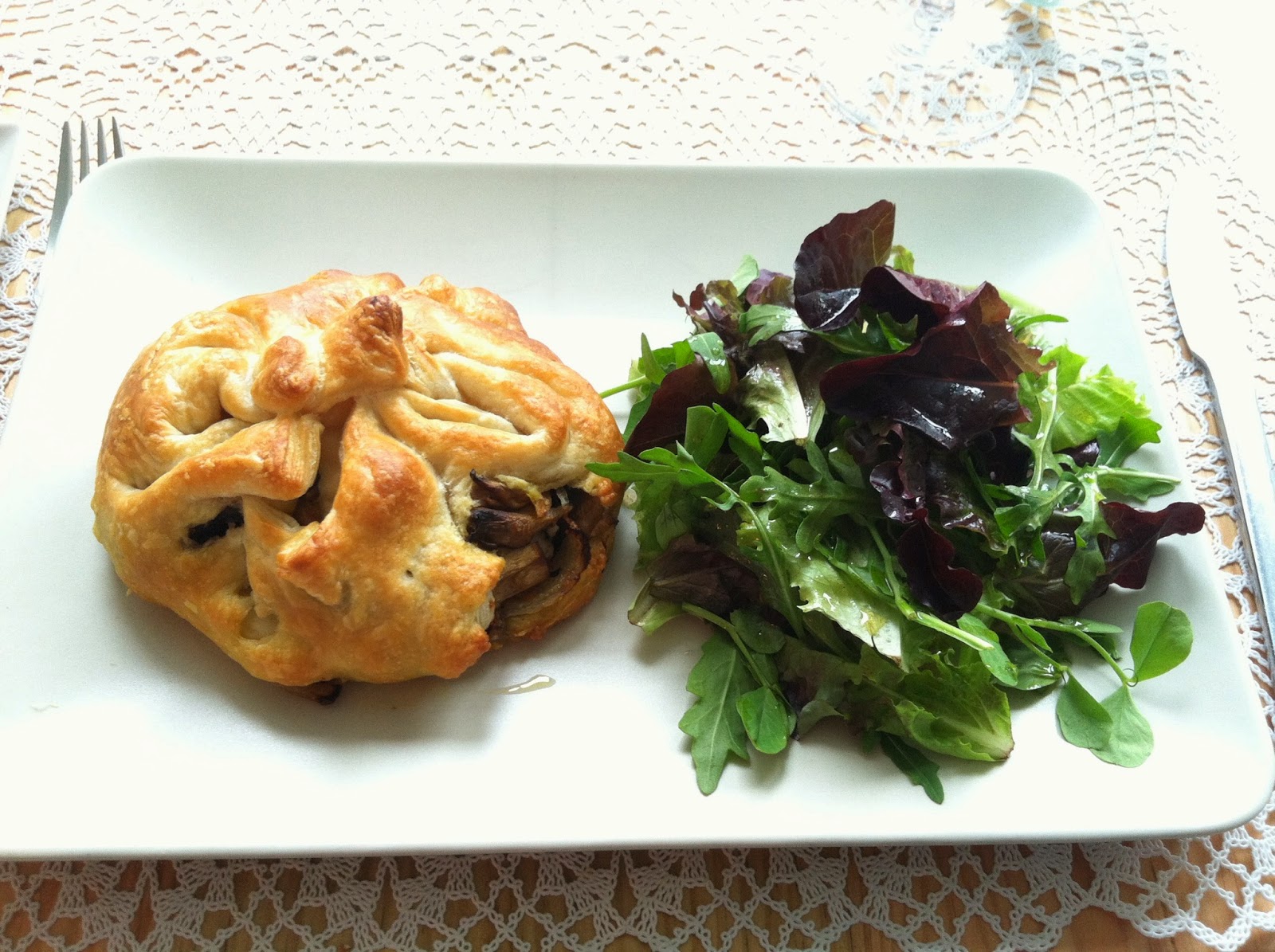 Around 4 p.m. I dashed back to my hostel and shivered in my bed while responding to emails and Skyping friends. Lame, I know, but it was still raining and Porto isn’t known for its museums.

I also spent a significant amount of time looking up the best-rated vegetarian restaurants in the city, as Portuguese food is very meat-centric. Their classic dish is slices of bread piled high with cold cuts and covered in cheese — not something I was excited to try. But I found several awesome veg-friendly places to eat, which turned out to be the best part of the trip (warning: the rest of this blog post is mostly about the food I ate).

For dinner on Friday night I ate an incredible three-course vegan meal at a classy place that would have been very romantic had I not been alone. I simply wasn’t feeling social so I didn’t bother trying to make friends in my hostel (breaking one of the core rules of hostels #sorrynotsorry). Beetroot salad with arugula and walnuts and a honey-lemon glaze, followed by tofu and broccoli curry on jasmine rice, followed by mango and raspberry sorbet (one scoop of each) plus fresh kiwi fruit. To me this is pure happiness. 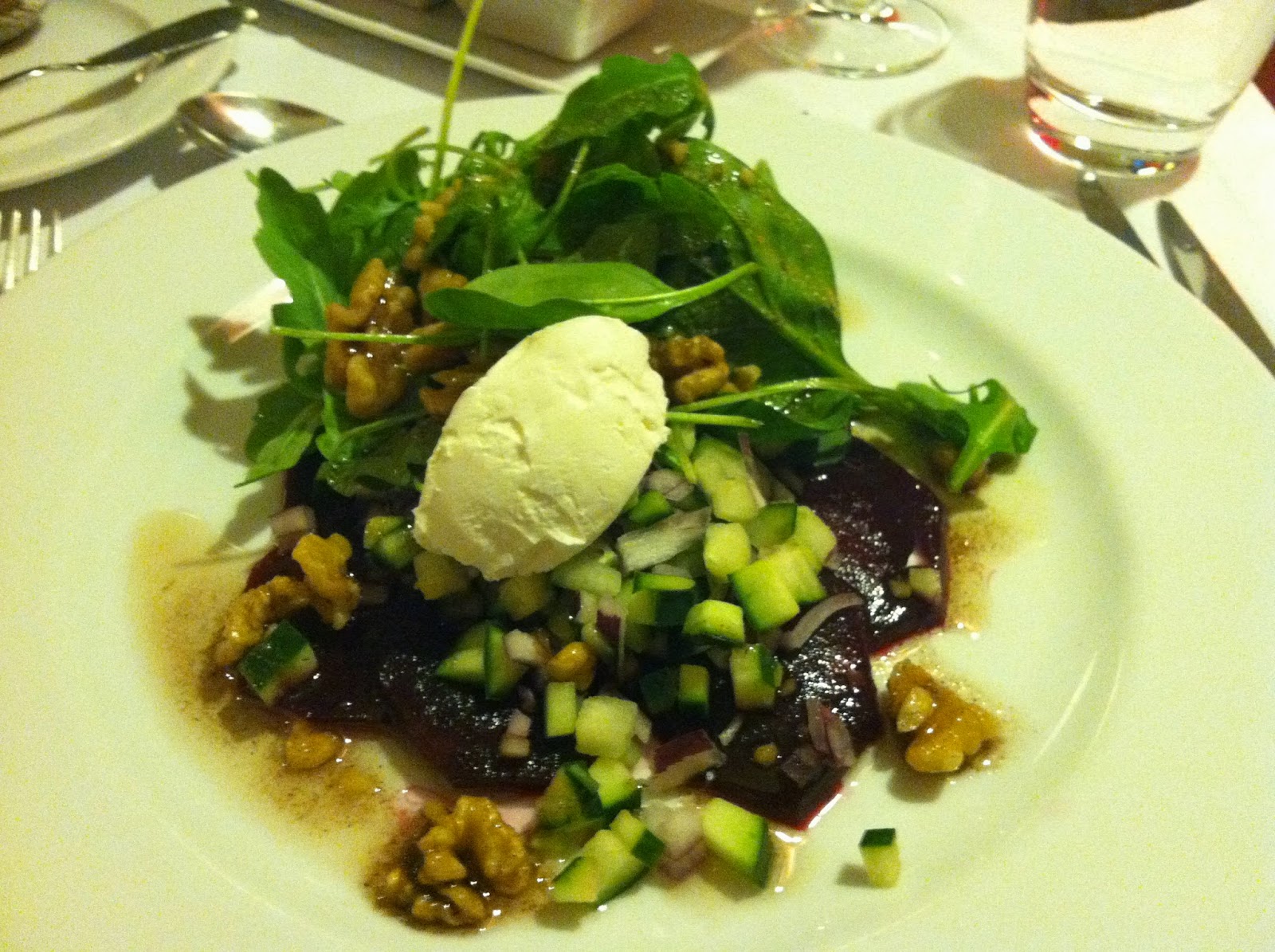 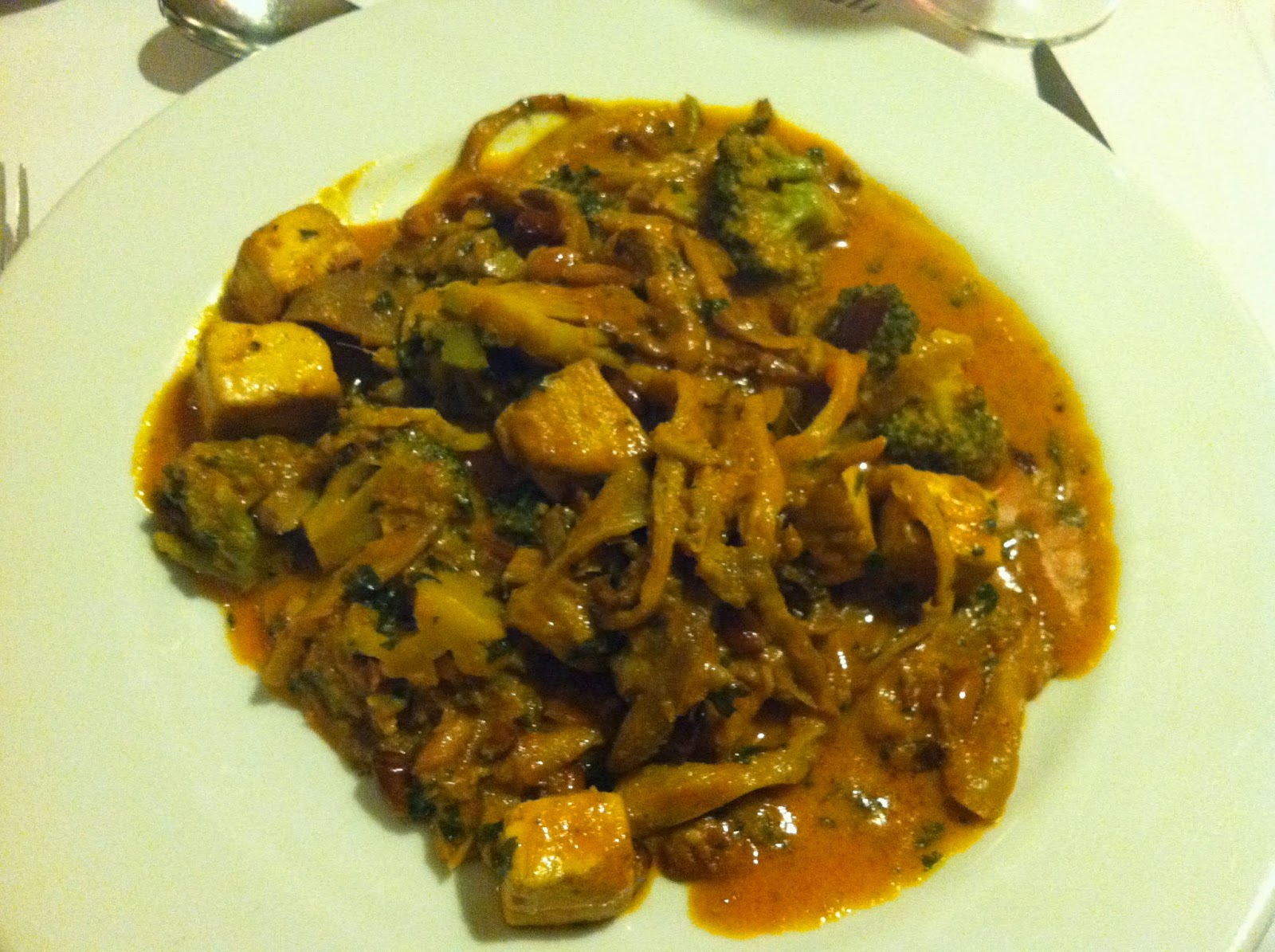 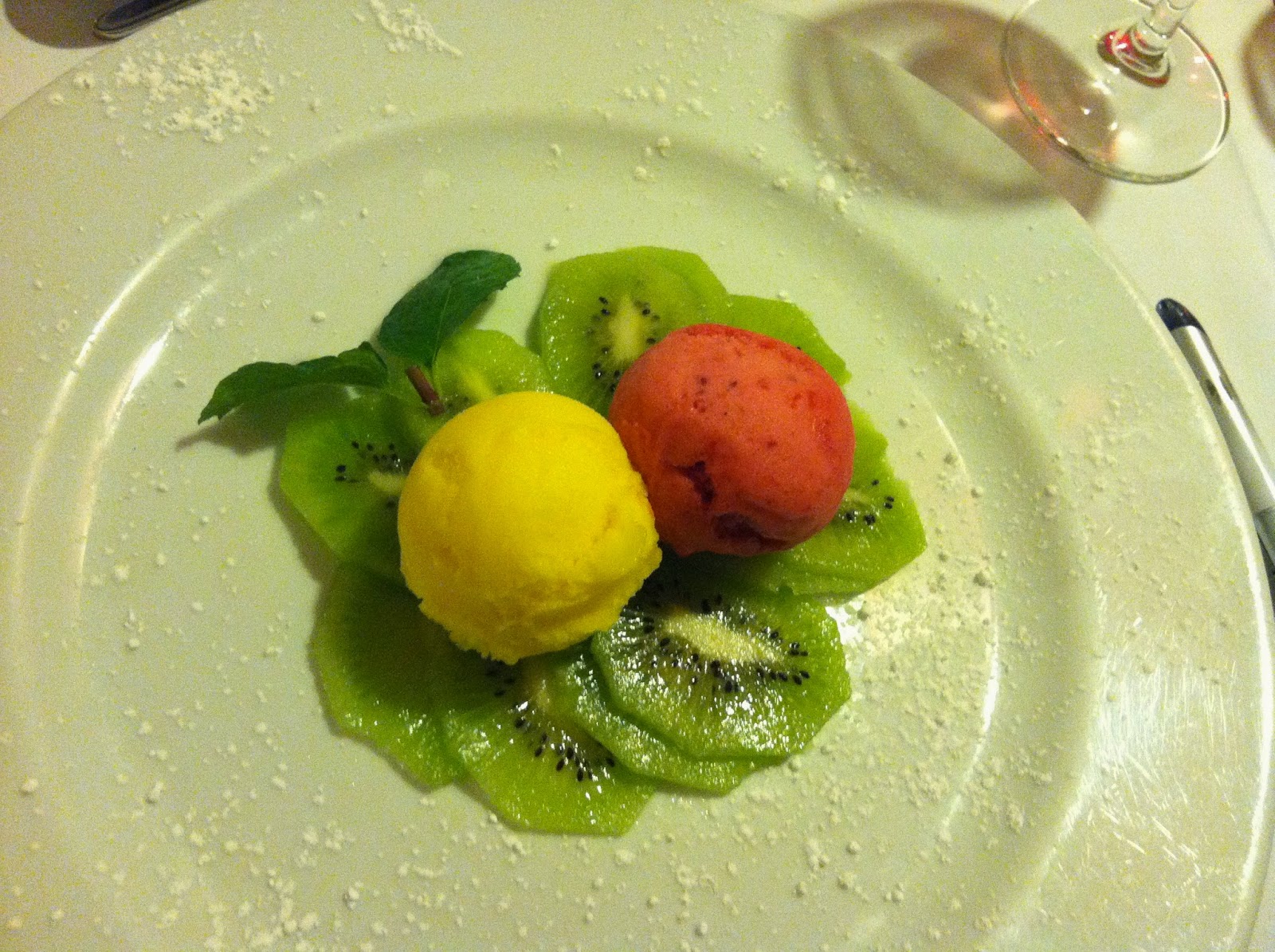 Saturday morning was still cloudy but with strips of blue and occasional penetration of sun, so I started the day with a long, beautiful run along the river that borders Porto. From the second bridge I could see the ocean!

After showering I spent the morning wandering around on foot, slurping an incredible apple-pineapple-avocado-spinach-pear smoothie from a smoothie place I found online. I visited a market, saw the cafe where J.K. Rowling started writing Harry Potter (!!!) and walked across the bridge again to take pictures. For lunch I went to a veg cafe where I ate a curry vegetable empanada with an arugula-pear salad and green jasmine tea, all while reading my Italy guidebook (planning spring break woo!).

I spent the afternoon on another three-hour walking tour (covering a different part of town), which I enjoyed less than the first because I’ve finally acknowledged that tour guides just annoy me. Too many stupid jokes, I think. Saw some statues, buildings and parks, listened to some history… all while preoccupied with thoughts of my next meal (I’m obsessed with food, I have no problem admitting it).

For dinner that night I ventured to a different vegetarian restaurant downtown, which had a completely different vibe than the one from the night before. Picture a dimly-lit rustic-feeling room, with dark wooden rafters and heavy stone walls, Hare Krishna-type art on the walls and lights made of recycled plastic. In the corner there’s a rug where a woman with dreadlocks is playing a sitar next to a guy with a ponytail playing a primitive-looking drum. Every Saturday night was themed for a different part of the world, I found, and this night was Indian. I ate a yellow lentil soup accompanied by bread with some kind of runny green paste on it, and delicious chai tea.

On Sunday I patiently endured the [train –> plane –> train –> subway –> bus –> car] system of transit that got me home 13 hours later. Despite the (standard) cold, rainy weather forecast for this week, I’m content to be back in Spain for awhile.