Today I dragged myself out of bed (having stayed up to an unreasonable hour last night working to straighten out my class schedule) and dutifully attended the Official Welcome to International Students from the Government of the Kingdom of Navarra. On the walk there, I chatted with a boy from the Philippines, a boy from Nigeria, a girl from Germany and a girl from Ireland. At the event itself I happened to sit next to a boy from Argentina, which was cool. I hope to see him again to talk more.

The event consisted of a video about the Navarra province followed by a panel of four government representatives who each welcomed us to Pamplona and Navarre. I’m not very good at following monologues in Spanish, so I can’t comment much on the content of the speeches.

I ducked out of the tour to meet Brooke on campus at 12:30 for the hiking excursion we had planned the night before. We set off in the vague direction of the mountain on the horizon, carrying little more than a bag of trail mix, three small granola bars and one full Nalgene of water. We each also carried Nikon SLR cameras, American iPhones (just in case? probably just a bad habit) and our new Argentinian cells (though those were also pointless since neither of us had any numbers in the contact list but each other’s). 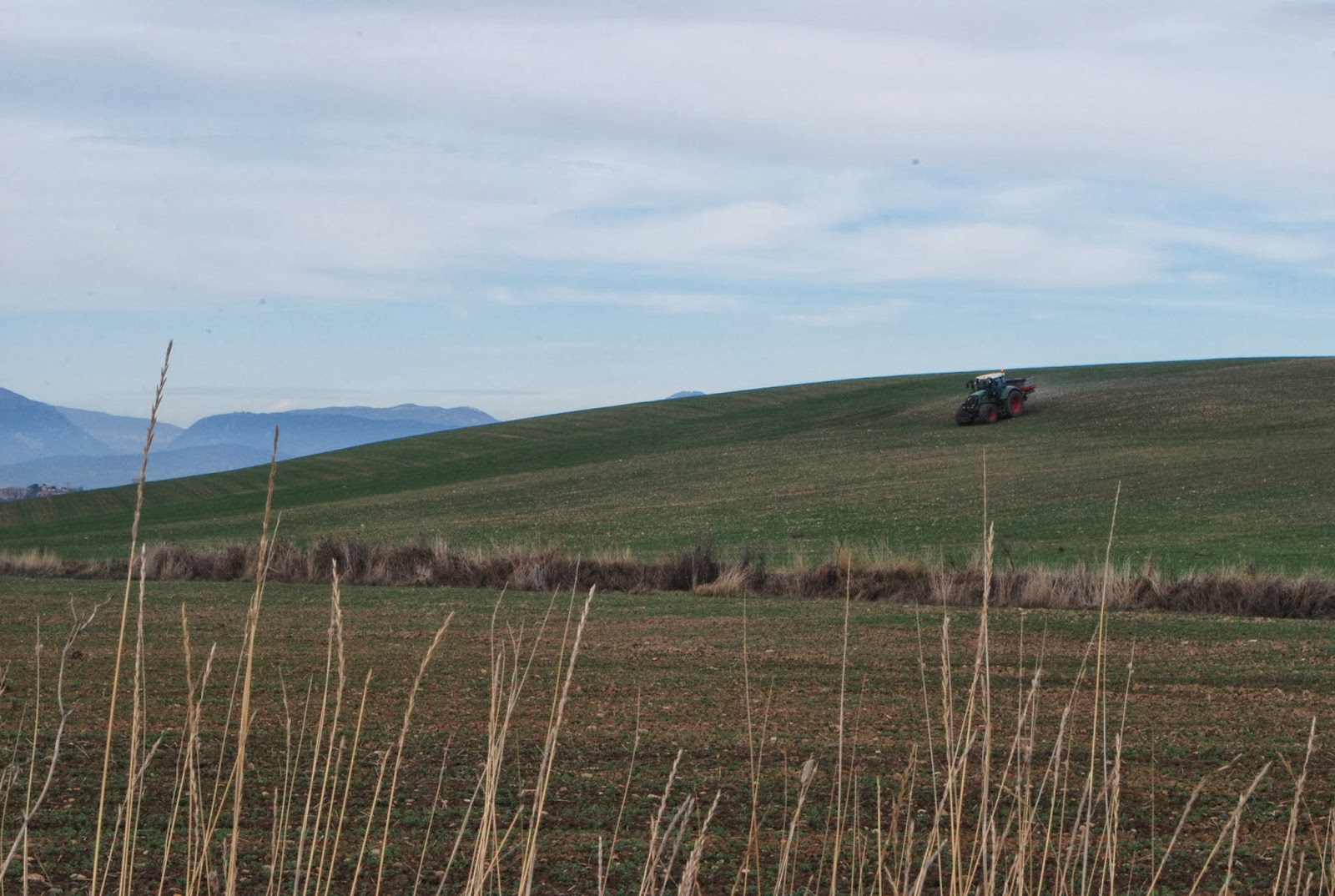 We walked up and out for 4 hours — almost reaching the huge wind turbines spinning on the ridge that creates Pamplona’s distant horizon. Quite accidentally, we found ourselves on El Camino de Santiago, the famous Catholic pilgrimage path across northern Spain that I had forgotten runs right through Pamplona. It was exciting to be walking on a path that so many (millions??) of people have walked since the 9th century.

When it was too late to go any higher, we turned around, sat down, and enjoyed the last of our provisions along with the spectacular view of Pamplona and the wide valley in which it lies. You could even see the tips of striking snow-covered mountains far off on the horizon!