I got a new stamp in my passport yesterday! Léa and I took a day trip to Colonia, Uruguay: possibly the most charming town I’ve ever seen. Directly across the river, Colonia is only an hour and a half by ferry from Buenos Aires. It’s this little colonial village (founded in 1680) with cobblestone streets and colorful houses. Street corners are labeled with blue-and-white tiles on the outer wall of the buildings. Walking around, you often catch glimpses of the rio at the end of the roads. It was a sunny day, so the water sparkled and the sky was bright and the air was fresh… Such simple paradise. 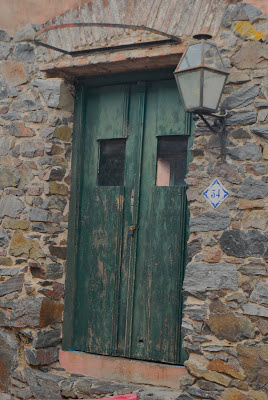 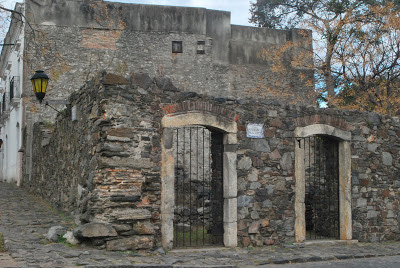 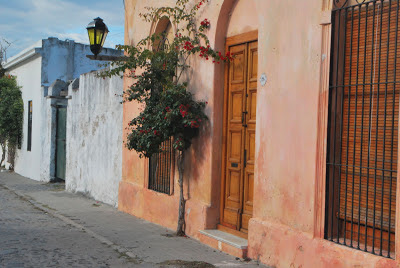 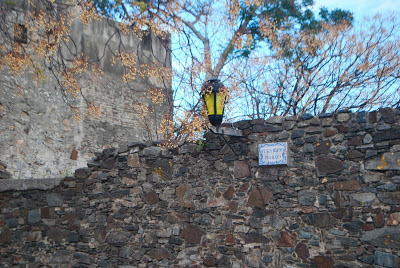 But the trip actually started with a small disaster, as our original goal in going totally failed.

The backstory: In order to control inflation, Argentina’s government makes it impossible to get US dollars here. If I go to an ATM in Buenos Aires, all I can do is withdraw pesos at the low exchange rate set by the government. However, people like me can enter the country carrying a bunch of US dollars and then exchange those dollars into pesos on the black market. Since Argentines don’t trust the peso and want to save dollars, these unofficial transactions are at a much more favorable rate to anyone starting with US dollars. Léa and I originally planned to go to Colonia because it is possible to withdraw US dollars from ATMs in Uruguay.

Have you ever heard of the bucket list item, “Empty an ATM”? We did that. The first ATM we tried was empty, but the second had exactly US$900 in it— and then we got the same error message that meant it was empty. We had hoped to bring back enough money to survive for the next four weeks, but clearly $900 between the two of us was not going to cut it. So we went to another ATM. And then another. And then another. After trying eight empty ATMs all over town (an endeavor that involved an angry taxi driver who scolded us for not having Uruguayan pesos — “You don’t use Argentine pesos in the United States! You don’t use Uruguayan pesos in Argentina! What makes you think I want Argentine pesos in Uruguay?!”) we finally accepted defeat. We made a new plan for getting money (a program in Buenos Aires called Xoom that lets you withdraw money, in the form of pesos, from your bank account at a decent rate) and we set off to enjoy our day in Uruguay.

And enjoy it we did. As I realized on our trip last week, I’m not as much of a city person as I used to think. The quaint little town was as refreshing as the wide expanse of water that surrounds it. We spent the entire afternoon walking around, taking pictures, sitting, looking, and talking. It was lovely.