More on why Salta is sweet

I realized there are some things I wanted to say about Salta for which photos alone are not sufficient.

1. The flight. Somehow Léa and I got upgraded to business class on the way there, and during the 2-hour flight we were served a delicious chocolate alfajor, a delicious lemon cookie, weird ham-flavored crackers, two drinks, AND refills! Accustomed to the dry pretzels from economy class, we got very excited about these refreshments. But the best part is that on the way home in economy, we got the same service! I’m a big fan of that airline company.

We were especially glad to be flying because the bus took exactly ten times as long and cost nearly as much. No, thank you. 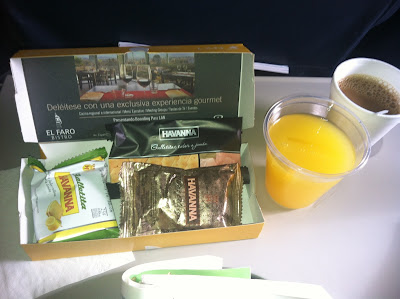 2. The food. Since vegetables aren’t usually found on menus in Buenos Aires, and I’m too pathetic to cook them myself, I crave vegetables all the time. Salta restaurants had salads with variety, which was by itself enough to endear the city to me.

Also, that region of the country favors goat and llama over beef and pork, and quinoa over pasta. A very welcome change in pace. Additionally, I could order a traditional bean- and squash-based stew called locro that made me feel full without being stuffed with carbs and dairy. All of these things made me happy. 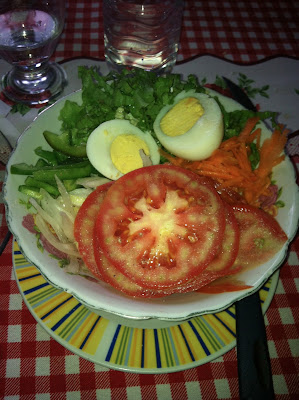 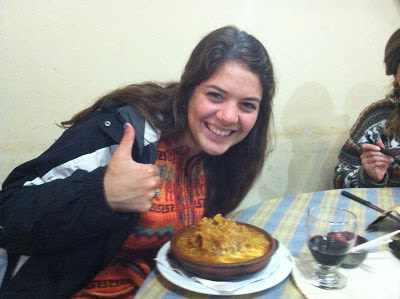 3. The dance. (I almost said “The fiesta” to continue the alliteration, but that word didn’t quite fit with what I’m trying to say here.) Traditional dance in Salta is called folklore, and involves a lot of swirling skirts and jiggy feet moves. The music, made by a drum, a flute, and a ukulele-type instrument, is cheerful and fun. This is in direct contrast to Buenos Aires’s tango, which I’ve found to be too stiff and formal for my liking. 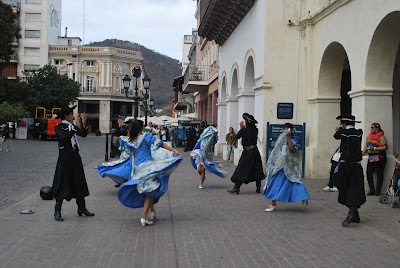 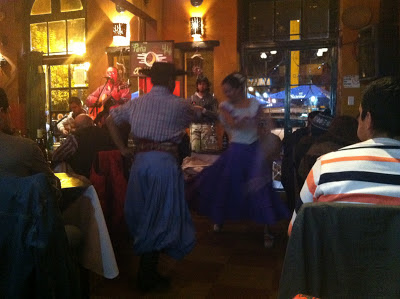 Just a few more reasons, in addition to the wonderful, magnificent, inspiring natural spaces, for why I loved Salta.