Now that I’m done writing this, I can go back to Pride and Prejudice

Today has been pretty nondescript. After a day in the office writing the newsletter and typing up the minutes from the staff meeting this morning, I returned to the seventeenth-century world of Jane Austen. Maybe it’s homesickness, but I’ve been feeling a lot less genial lately. I’ve had less patience for the minor trials of living with people, making me a more grumpy housemate and a more anti-social person in general. All I want to do anymore is read in bed. For example, a couple weeks ago I might have been more pliant but I’ve reached a point where I don’t have any inclination to give people rides anymore. And I’m more likely to speak up in situations where I might otherwise have tolerated in silence. Maybe that’s a good thing though; my coworkers hear my stories and tell me I should stand up for myself more. Either way, I’m definitely in a more chill phase of the summer, feeling less likely to jump up at any moment. Not that I’m done exploring (I don’t think I’ll ever stop exploring) — I’m excited for my plans to visit the Audubon Zoo this weekend!

Yesterday I spent a quiet morning writing letters to family and friends, who are all scattered throughout the world. The Thursday afternoon market was consumed with a project called SEED, which Tatiana and I are responsible for. It’s a tool, developed by marketumbrella.org, for measuring the economic impact of a market via shopper surveys. So I spent the day alternating between counting and surveying shoppers, which were disappointingly sparse because of the unusually small number of vendors. 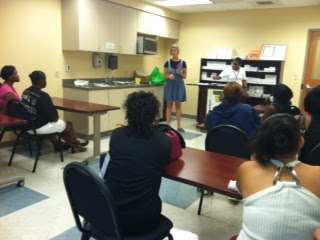 Wednesday was an office day, but those long eight hours were refreshingly interrupted by a visit to a local community center that serves as the hub for several social services. One of these services is a program called WIC (Women, Infants and Children) that allocates food stamps to low-income pregnant women or mothers of young children. We presented to several nutrition-education classes of these women to tell them about our matching program. If they spend their coupons at the market, we give them an equivalent amount of money in market tokens so they can spend the same amount over again. I really love outreach stuff like this, that seeks to bring fresh and nutritious food to low-income people. It’s a theme I can see myself pursuing more in the future. 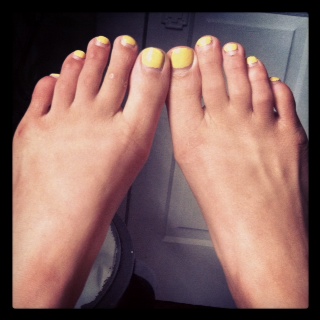 On a much more important subject, my Chaco tan is coming along nicely! On the computer you have to look at the picture from an angle to see it well, though.