Whoever stole my wallet today must be extremely disappointed by what they found inside. A couple of days ago I emptied out everything I didn’t absolutely need to carry around. I took out my credit card and debit card, my student IDs, any business cards… It was nearly empty, with less than USD$15 in pesos.

But I should start from the beginning. After work today, I went to an incredible percussion show with the girls from my program. It was in an old oil factory, and a lot of hipstery-looking college-age kids were there. There were “prohibido fumar” (no smoking) signs everywhere, but the air was thick with the smell of marijuana. The floor space was wide and open, with a bar in one corner.

When I got there, some sort of samba dance show was going on. This consisted of mostly-naked women and old, buff men dancing to live music being played behind them. It was entertaining at the very least. 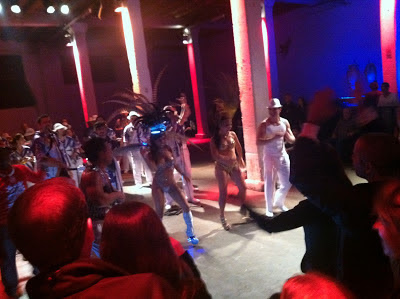 Then they shook their sequins and feathers out of the room (literally dancing all the way), and soon the next act started on a stage to the side. About a dozen men (and one woman) lined up in a semi-circle with a conductor in the middle and played two hours of semi-improvised drum music. I loved it. The lights were awesome, and the sound was amazing. It’s especially impressive that such intricate music can come from such simple instruments. And the way the musicians worked together was fun to watch. 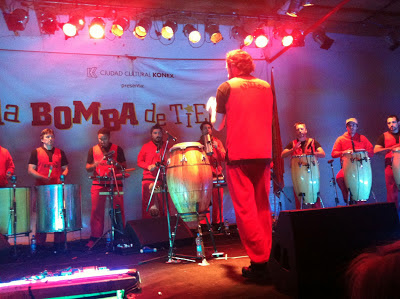 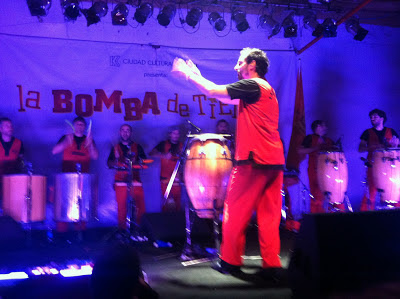 I had a great spot in the crowd, just behind the first row of people beneath the stage. But then again, maybe it was an unlucky spot. I was wearing a shoulder bag strung across my body, with the bag near my hip. I was constantly shifting it forward to be in front of me, because I didn’t want it exposed and open behind me. But that wasn’t enough. Near the end of the show, I felt something tugging at my side and I grabbed the bag, reached inside— and my wallet was gone.

I whirled around, but it was too late. In such a tight crowd, it was easy for a thief to disappear. I started to panic a little, because the idea of being robbed is kind of terrifying. But then I stopped to wrack my brain about what exactly was gone and what I needed to do. My first thought was to my credit card, but I quickly remembered that I had left that in my room. My debit card and anything else valuable was safe, too. Aside from a minimal amount of cash, all I had lost was my license and my bus pass.

With such minimal consequences, I could afford to be petty. After I calmed down, I laughed at myself for thinking how annoying it would be to get a new license when I had so much liked the photo in the old one. What a miracle, for vanity to be my biggest concern after such an ordeal!